Luke’s Story: At age 13, I got severe sun damage to my eye. Now, I know to wear protective sunglasses like Beamers sunglasses with Optoshield technology.

Luke (not his real name) is a 13-year-old boy who came into our clinic after suffering from a red, sore eye for a few weeks. Luke is a wicket keeper who plays cricket three times per week.

He was given drops and creams to try and help with the discomfort to his eyes. (The discomfort experienced in serious eye damage is often mistaken for conjunctivitis or other temporary conditions). As all of the treatments had failed, he was referred to us for a specialist opinion.

Luke wears a hat while playing cricket as it’s is a required part of the uniform. He also diligently applies sunblock because he is often standing in full sunlight for hours at a time.

However, he and his mother were unaware of either a need to protect the eyes, or what sort of sunglasses were required.

On presentation, it became clear that his symptoms were arising from a growth on his eye, which was inflamed and thickened. The image below shows the elevated, thickened growth (an inflamed pinguecula). 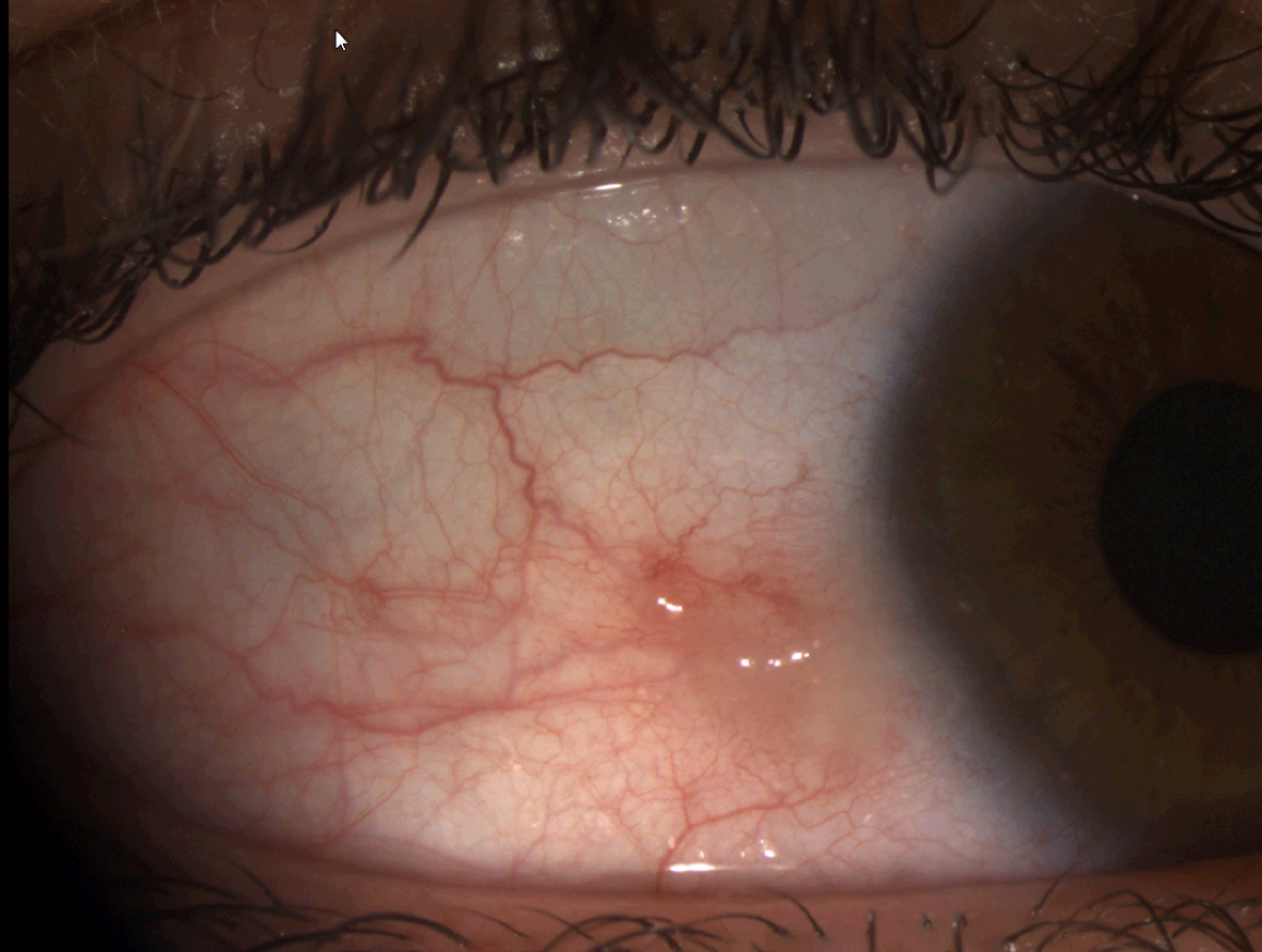 We made sure that Luke and his mother were aware of the critical need for UV-protective sunglasses like Beamers sunglasses with Optoshield technology for Luke to wear playing cricket, at school and outdoors at all time.

Luke understands now that he needs to wear protective sunglasses not fashion sunglasses, and children should wear sunglasses to protect their eyes, just like they do with sunblock. No-one looks in the mirror to see how attractive they look in sunblock, they wear it for protection, the same should be done with sunglasses.

Our study of Sydney school-aged children, showed that 4 out of 5 children aged 12-15 yrs of age had UV damage to their eyes, and 1 out of 3 had either a pingueculae or a pterygium already growing on the eye, making Luke’s case a common one.  Ultraviolet fluorescence photography to detect early sun damage in the eyes of school aged children. American Journal of Ophthalmology; 2006:141;294-298.